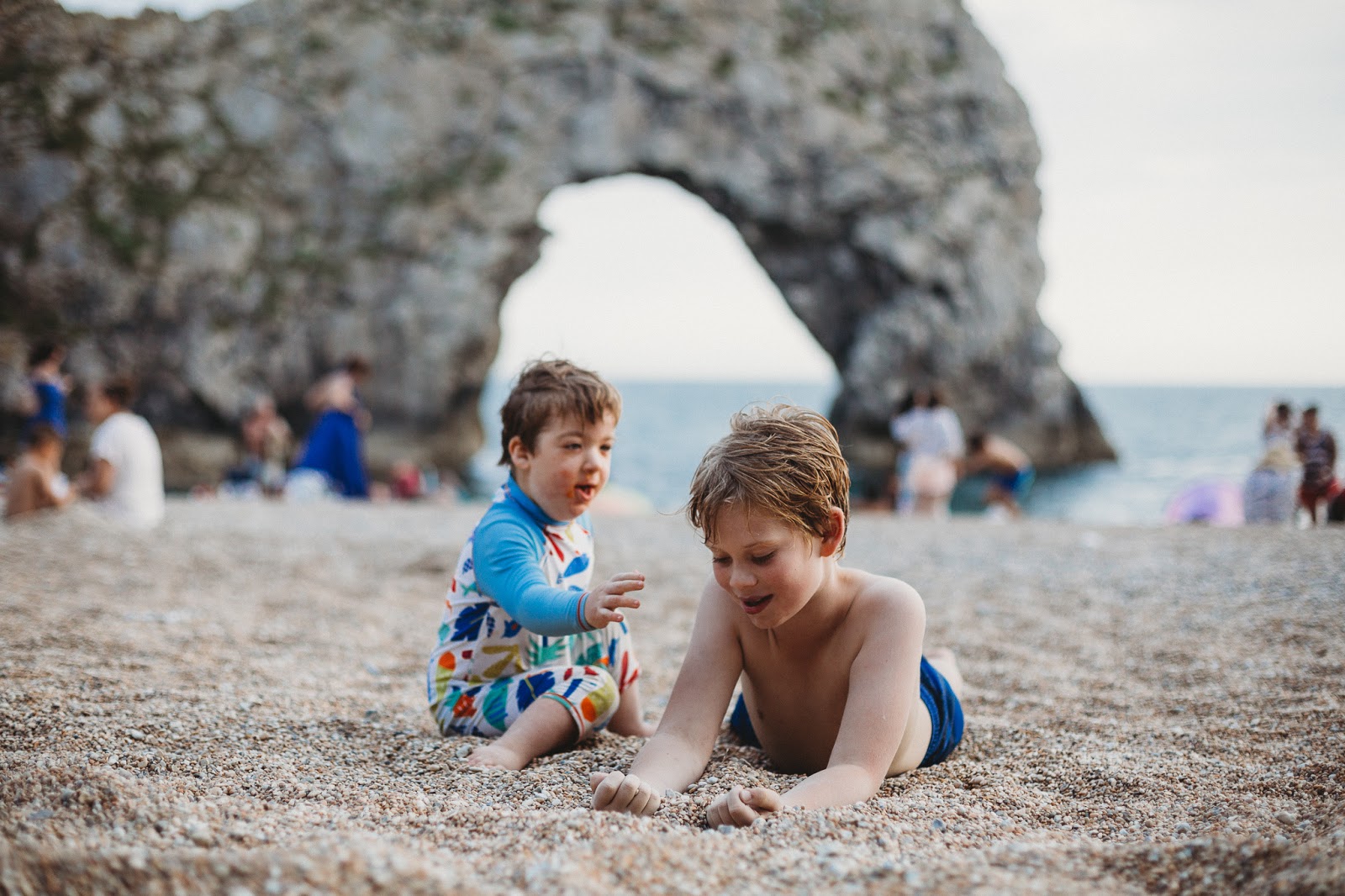 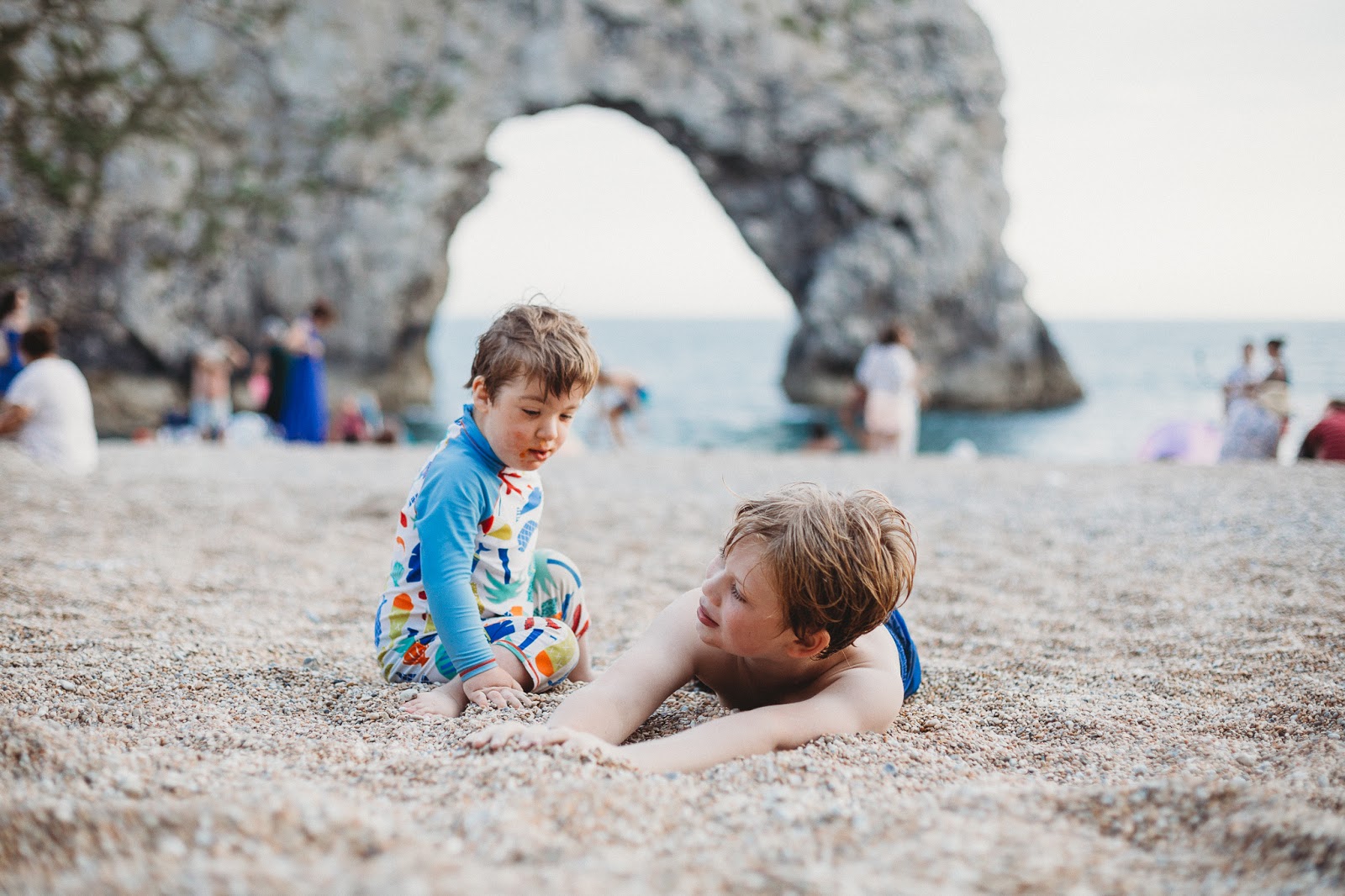 The other day whilst sat in the bath Theo asked me whether Rohan will always have his disability, it was said with pure curiosity and trying to work out how it would all look. We talked a while about it but the answer being yes, Rohan will always probably have some sort of disability. I explained that it's hard to know exactly what his and therefore our future will look like, that he'll hopefully walk fairly soon, that hopefully he'll be able to speak, that hopefully his medical needs won't always be so great, but that Rohan's life will more than likely be very different from Theo's as he gets older. I explained that Rohan's learning may always be delayed, that he may not be able to live an independent life that Theo will most likely be able to, or like me and daddy have. I said we don't know what will happen with science or Rohan's development so it's hard to know exactly how things will be. He said ok. I asked him if that was ok and how he felt about it and why he asked, and he just said he'd been thinking about it, that it was ok. Then we left it there.

I know he does understand and pick up so much of what goes on with Rohan. I overheard him explain to a friend he met at the festival that his brother has a disability and can't walk, but he (Theo) is ok with it, then he went on to show his friend his CPAP machine and explained that it helps him breathe when he's asleep and without it he might die. It was all very matter of fact but my heart just leaped when I heard him talk about it. He takes in so much, probably so much more than I realise, he has to live with it all just as much as we all do, adapt and deal with the changes and challenges that come with having a family member with additional needs. Not for the first time my heart broke a little for him.

I carry with me a lot of regret and sadness about how Theo's childhood has changed, how his adult life might always be affected, how final and fleeting his own childhood has been now that we seem to be racing towards those later, less somehow innocent years. That all on it's own is enough to make me feel so very sad, the fact that those years of him needing me so much, those years of our family being enough for him and spending all of his time with us is coming a little to an end. He already is more than happy to go spend the day or have a sleepover with his friend and I had a jolt of realisation a few weekends back that those years of spending free time together as a family, going on adventures and walks, playing at home are slowly going to be replaced by taking him places to go with his friends, dropping him at activities and generally slowly letting go and trusting him more on his own. I'm very much not ready for it and it brings a huge lump to my throat knowing that he's no longer my little boy who is at my side. Whilst I find it intense to parent Theo and our days and time together may not always be plain sailing (they're exhausting) I have that feeling that I need to soak it all up now. The fact that he still puts his hand in mine when we cross the road, that he still climbs into our bed when he's had a nightmare, or in the mornings for a cuddle. I feel I wish I had more time, to do it all over again, however hard I found it all.

I often think about how his childhood could have been different, how if we'd had another child sooner what his experience with a sibling could have been like. I hold onto this regret, this realisation that we can't change the past or what has happened and that this is it. This is Theo's childhood, his only one and that it most definitely didn't go the way I planned it to. I would have loved to give Theo a sibling earlier, to see them grow up together and share experiences and have that sibling bond I would have loved for him. Things happened to make it not that way and it's that out of controlness that I hate. The fact that we had a him young, that we needed to get in a place where our feet were on solid ground and a little more stable before bringing another child into the world. The fact that we tried and lost a baby, the fact that it took a while before getting pregnant again, the fact that that pregnancy ended in Rohan. It all adds up to time.

My own childhood and adulthood is made up of two great sibling bonds, friendships that are my closest out of anyone I know and the ones that will always be there, no matter what we all go through. I know that I'm lucky to have this, that through all we've been through together as a family and as individuals that we will always have each other. Maybe that adds to the feeling of regret, knowing that I couldn't give that to my own child. Sometimes I wish we could just magic up a middle child, one to fit perfectly between Theo and Rohan, whether that would ease my guilt and make things easier. The thing is I know this is all silly, I can't change the past and it's all happened for whatever reason.

I know also that I'm looking at it through rose tinted glasses as there's no guarantee that if we'd had a child sooner that they'd even have a close bond, that they'd get along, that our lives would be easier or different. But I think that's what makes me feel sad the most, it's the not knowing how it could have been. I'm not going to lie though, I find the school holidays the hardest. I see siblings all around us, having a mate, even if they don't get along all the time just having someone else to share things with. When we go on holiday, or like to the festival we went to recently I often wish that Theo could have a sibling he could share it all with, someone to go off and play together, to show each other new things, to talk, to experience and have that friendship and companionship that I had. Except he has a brother who will pinch and scratch him and not leave him alone when they're in the same room together making it impossible to do anything together. He can't talk to Rohan and share games or toys or experiences. It's like he's an only child but without the benefit of having our full attention.

All of this is not to say that Theo and Rohan don't have a relationship, because they do, and they love each other. I also know that this experience will hopefully give Theo something that other children won't have, a deep understanding of disability and understanding and championing that and who knows how he'll use that in the future. I've shared many times how Theo is Rohan's biggest cheerleader and always encouraging him so much and is over the moon when he makes progress. He really is a great big brother, there's no doubting that, I just wish perhaps that I'd been able to give him a sibling he could have more of a friendship and companionship with too.

I do also worry about the future, I wonder what will happen when we all get older, how our lives will look and what support we will all have. I'm scared about what will happen when we're gone, and whether Theo will have to take on responsibilities. I feel guilty that it would all fall on his shoulders and not have siblings to share that with. I know it's morbid to think this way, but it's a reality.

All of this really amounts to the fact that I feel so out of control about the whole situation. I hate that we can't change things, that we can't stop time, that things are the way they are and that's that. I don't know what the future holds for us all, I know it will work out one way or another but there's definitely a lot of guilt and regret hanging around that I still need to work through.
Email Post
Labels: childhood honest motherhood motherhood our story siblings theo and rohan 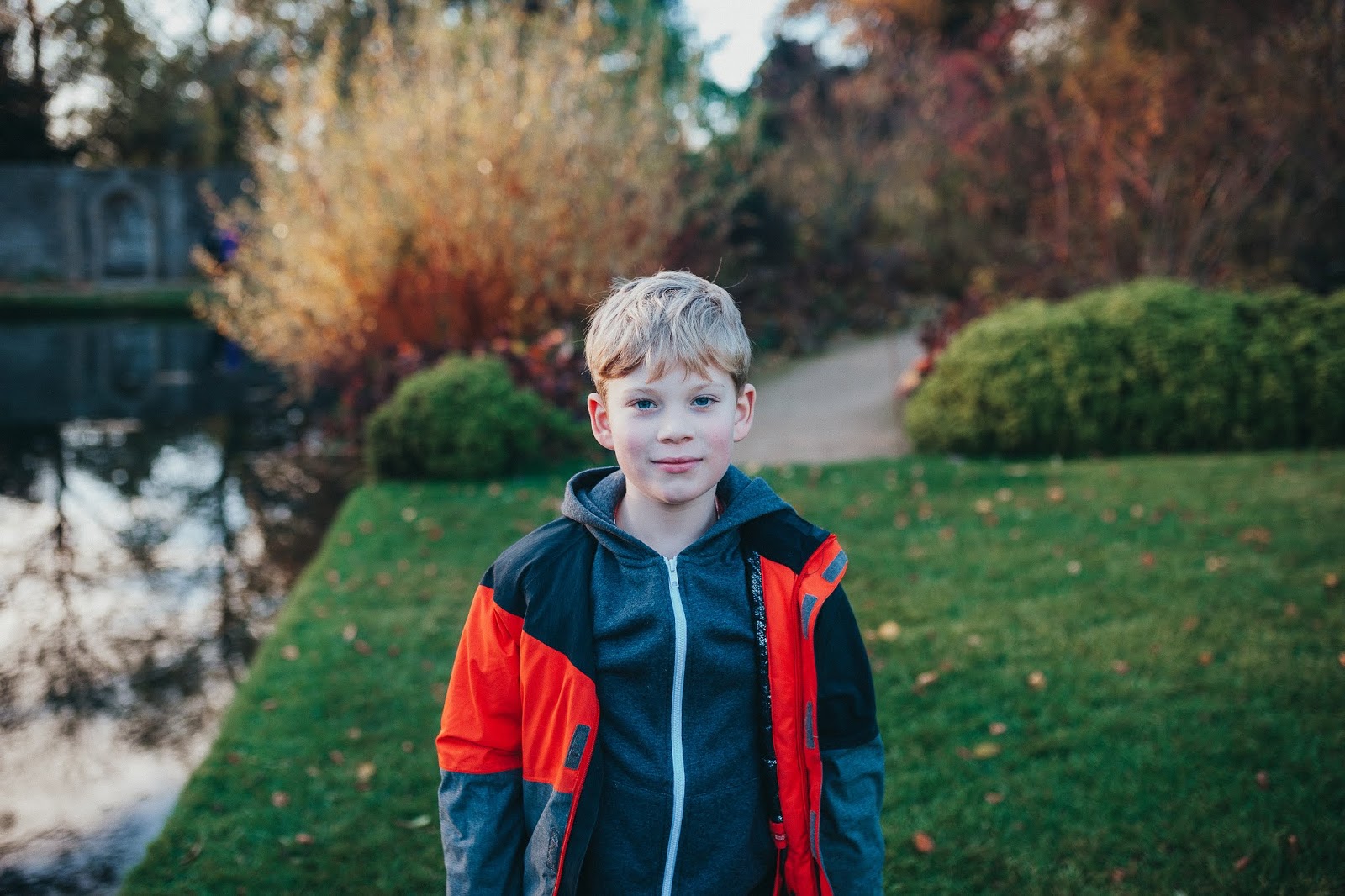 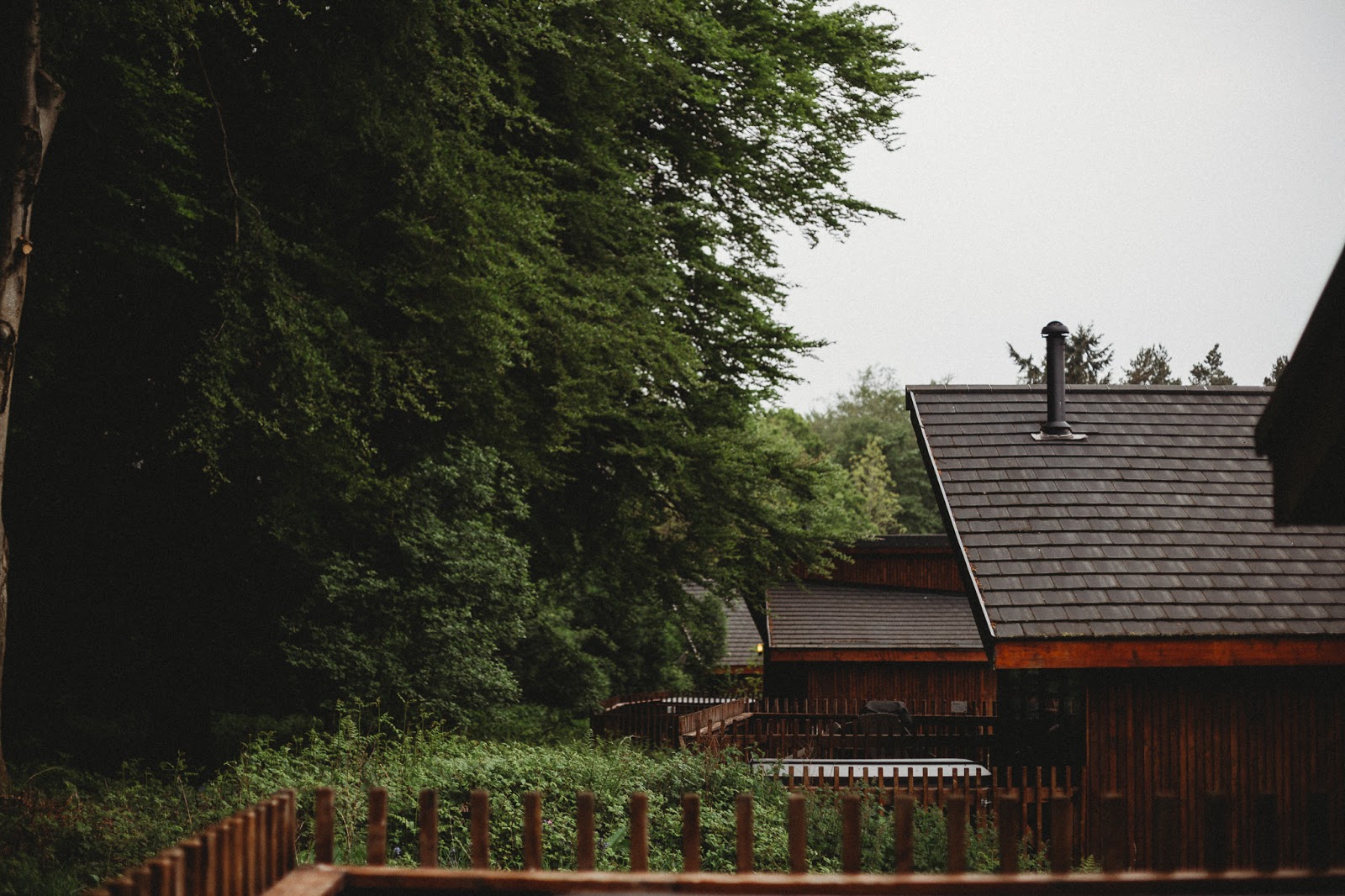